The Idaho Foundation for Parks and Lands is a statewide public benefit privately-funded organization whose mission is to preserve and protect open space lands and unique natural, scenic settings for public benefit through various flexible conservation methods.

What are Land Trusts?

The goal of conservation land trusts is to preserve sensitive natural areas, farmland, ranchland, water sources, cultural resources or notable landmarks. These include enormous international organizations such as The Nature Conservancy, as well as smaller organizations that operate on national, state/provincial, county, and community levels. Conservation land trusts often, but not always, target lands adjacent to or within existing protected areas. However, land areas that are particularly valuable in terms of natural or cultural resources or are home to endangered plant or wildlife are good candidates for receiving protection efforts.

Land trusts conserve all different types of land. Some protect only farmland or ranchland, others forests, mountains, prairies, deserts, wildlife habitat, cultural resources such as archaeological sites or battlefields, urban parks, scenic corridors, coastlines, wetlands or waterways; it is up to each organization to decide what type of land to protect according to its mission. Some areas have extremely limited public access for the protection of sensitive wildlife, or to allow recovery of damaged ecosystems.

Many protected areas are under private ownership, which tends to limit access. However, in many cases, land trusts work to eventually open up the land in a limited way to the public for recreation in the form of hunting, hiking, camping, wildlife observation, watersports, or other responsible outdoor activities. This is often with the assistance of community groups or government programs. Some land is also used for sustainable agriculture or ranching, or for sustainable logging. While important, these goals can be seen as secondary to the protection of the land from development.

About Idaho Foundation for Parks & Lands

Founded in 1972 by executive order of Governor Cecil Andrus, Idaho Foundation for Parks and Lands works to protect outdoor resources. The Foundation’s first transaction was to protect the 15,000 Railroad Ranch in Island Park, which later became Harriman State Park. Governor Robert Smylie wrote the agreements that would preserve all 15,000 acres of the ranch as a gift from the Harriman Family to the people of Idaho. What a legacy for this state!

The Foundation takes a multi-faceted approach to support local land protection for areas left in their natural state, whether it be managed as agriculture land, improved by adding bike paths, or developed for parks and recreation. The reason we are called a “foundation” is that we can make “grants” of land to public agencies.

The Foundation has handled more than $12,000,000 in assets and our administrative budget has never been more than one percent of our asset base. Our charter maintains flexibility because Idaho is so diverse. The opportunity for land conservation is entirely voluntary and we only go where we are wanted. There is no maternity ward for terra firma. A public benefit privately-funded organization can provide for safekeeping of land assets as part of land preservation. These properties, as they are acquired, may be held and then either conveyed to a public agency or stay in protective status and management permanently with the Idaho Foundation for Parks and Lands.

The Foundation’s goals are to promote the acquisition, preservation, conservation and maintenance of open spaces and related ecosystems. It is organized to cooperate with community groups and governmental units within the state. The Foundation has been fortunate, in building its track record, to acquire most of its holdings by donation rather than purchase. A key element in the process is public and private trust and confidence. Importantly, each property must be held and cared for according to the wishes and conditions of donors.

People generally donate for preservation, not for financial benefit. Often potential donors prefer to deal with a private organization rather than a public agency. A perpetual conservation easement means the property will never be subdivided and developed. Easement contributors receive a tax benefit based on the appraised difference between the property’s value as agriculture acreage and its subdivision value. Landowners retain all other rights of ownership.

Our Projects – Then & Now

Preservation begins with people. Pick a spot, any spot in the State of Idaho. Give it a special effect—exciting geology, beautiful scenery, fine fishing, farm or ranch land, parkland or open space. If possible, give it some breathing space and not too many buildings or crowded areas. These settings represent the makings of a land trust. It would be impossible to rank the accomplishments of the Idaho Foundation for Parks and Lands in order of importance, but in chronological order of acceptance, here is a sampling of land projects to date:

1975 – 1000 acres adjoining the Railroad Ranch in Island Park, known as Harriman East; home of the trumpeter swan and the blue-ribbon Henry’s Fork fishery; held by the foundation until 1994.

1977 – Reinheimer Ranch, received by bequest of Eleanor Reinheimer: 110 acres to be maintained as open space adjacent to the cities of Ketchum and Sun Valley. This property lies between Dollar Mountain and the River Run base of Bald Mountain.

1987 – 11.7 acres destined for use as a park or permanent open space for the city of American Falls, donated by the Warrick family; re-conveyed in 2004.

1988 – Purchase of Union Pacific railroad right-of-way adjacent to the Reinheimer Ranch, a portion of which is bikepath for public use.

1989 – 16 acres on Fernan Hill donated anonymously, being held for the city of Coeur d’Alene as the future Veteran’s Centennial Park. Transferred to the Coeur d’Alene Park Foundation in 2006.

1990 – Conservation Easement on 321 acres of the East Fork of the Salmon River, donated by the Insinger family. Current owners are Ken Ryan, Pocatello and Robert Kopf, Pennsylvania.

1990 and 1992 – Two parcels of land along the Portneuf River donated by Wayne Taysom and Cory and Teri Lamb, respectively; transferred to the Portneuf Greenway Foundation.

1994 – Conservation Easement on 50 acres crosscut by Challis and Bear Creeks; donated by Keith and Patricia Axline.

1995 – Donation of 1.20 acres by Douglas and Susan Randall to provide connectivity for a package of land holdings held for the city of Lewiston until 2006.

1996 – Land and outbuildings held in trust for the city of Lewiston as a community arboretum gifted by Anabel Clementine Osborn.

1997 – 5.0 acres donated by the Richard B. Smith family in foothills adjacent to Camel’s Back Park; landbanked for the city of Boise.

2000 – Purchase agent for 21 acres along the Middle Fork of the Payette River as its first community park for the Garden Valley Recreational District. Conveyed to GVRD in 2005.

2002 – Donation of 0.352 acres of riverine commercial property along the southwesterly bank of the Boise River as an extension of the Boise River Greenbelt by Sharon and George Watkins/Marilyn Oakes Trust/McDonald Family Trust. Conveyed to city of Boise in 2006.

2004 – Acquisition of 33.25 acres near Soda Springs of an Idaho Transportation Department (ITD) Wetlands Mitigation Site to be retained predominately in its natural condition as described in the Deed of Conservation Easement.

2006 – Conservation Easement of 10 acres donated by the Harris Family Limited Partnership, along the Boise River to protect the area and provide set-back for future development through which a passive, contemplative non-paved Dallas Harris Legacy Walkway will be installed.

2007 – 13 acres of Conservation Easement wetlands donated by the Harris Family Limited Partnership, along the Boise River to protect the area and provide set-back for future development.

2016 – Purchase of 12 acres adjacent to the Idaho Shakespeare Festival and Barber Pool Conservation Area. Previously owned by Barber Sewage Company. The property had two water waste lagoons and was remediated through a Brownsfield grant.

2017 – Acquisition 38 acres of the Boise Cascade Old Mill Site along the Payette River in Emmett. Donated by Boise Cascade.

2022 – Acquisition of the Ollie Gregerson Property, privately held property in the heart of the Barber Pool. The property was covered with discarded cars, tires, machinery and mining equipment. Instead of being developed into yet another massive subdivision, this 36 acre parcel of land – with nearly a mile of river frontage – will now be protected and maintained. 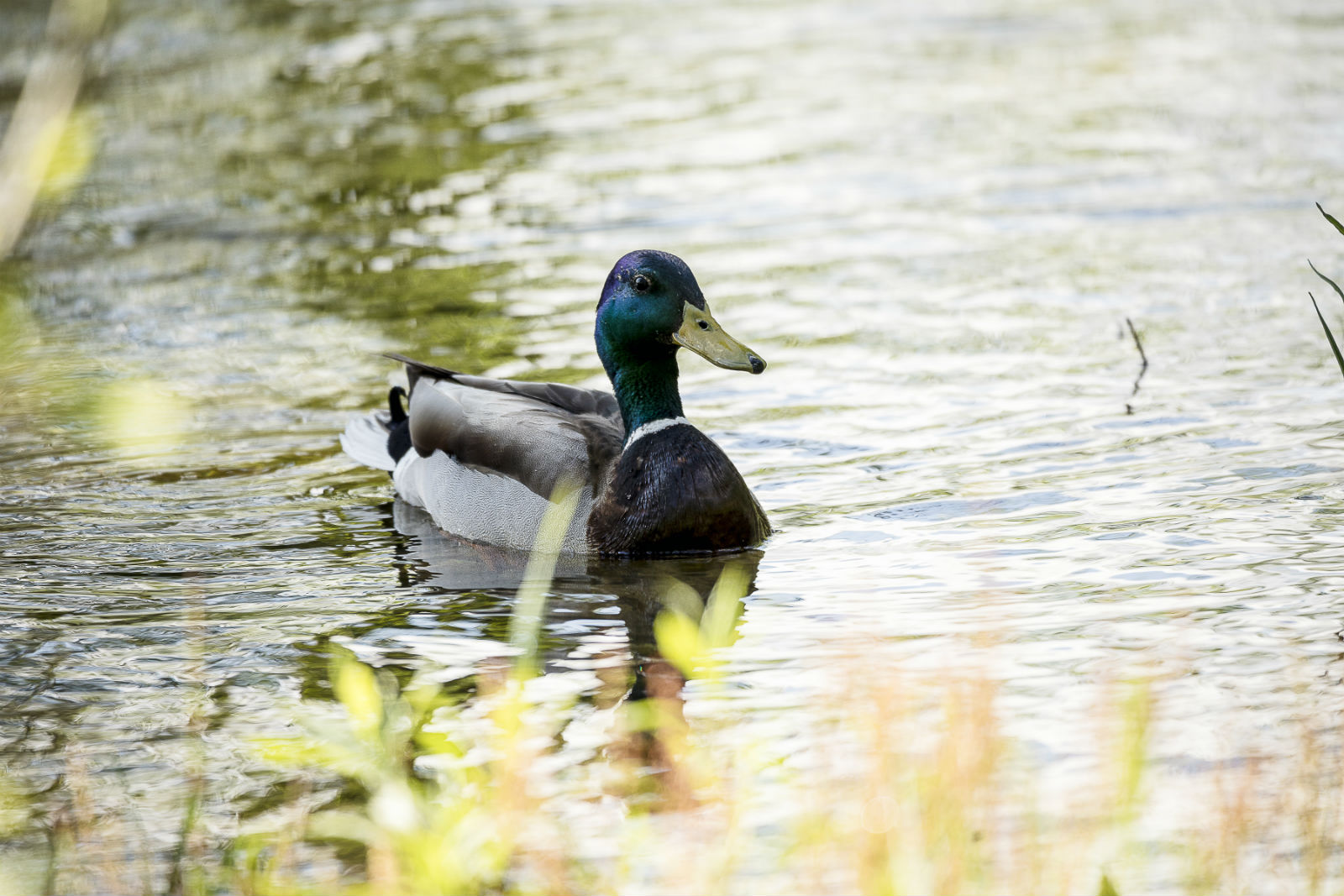 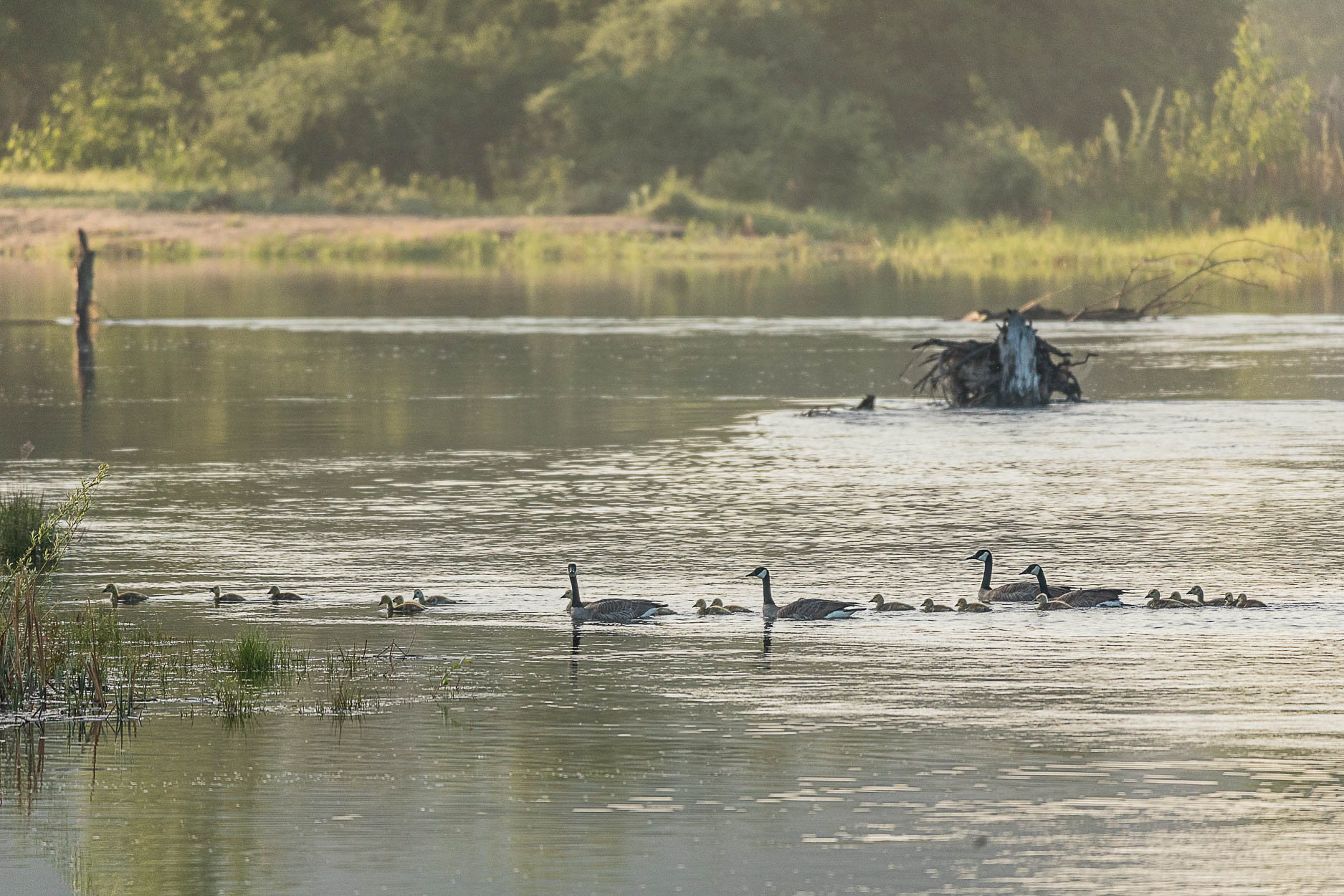